Don’t underestimate the rise of this underdog!

The July 2021 CommSec State of the States quarterly report reveals Australia’s sometimes neglected southern state is continuing a powerful economic performance, leading the nation in economic growth through the COVID-19 pandemic. The island state appears to be transforming, well on the way to achieving its vision of becoming the jewel in the crown of Australia. Companies across the country need to be aware of the state-by-state progress and look for development opportunities and risks.

After analysing the numbers, the latest CommSec State of the States report, released at the end of July 2021, confidently declares (again) that “Tasmania leads the nation” in economic momentum.

“For the sixth quarter in a row, Tasmania holds the mantle of the best performing economy. Tasmania leads on four of the eight indicators and is second ranked on another two.”

HOW THE STATES RANK

Don’t be disheartened if you are not near the top position. There is very little gap separating positions 2 to 8, and each state has its own strengths.

What is extremely encouraging to note is that “all states and territories are performing solidly” in the face of unprecedented pandemic circumstances. The stimulus packages are working. The report shows businesses (and government policy) have pivoted extremely well to find ways to keep the economy alive, even growing. Give yourself a pat on the back Australia.

“Australia’s state and territory economies are in strong shape, well supported by strong fiscal and monetary stimulus. Unemployment rates are historically-low across much of the nation – remarkable when you consider… the broader Australian economy was in recession just over a year ago.”

Percentages are stated in relation to the decade average which is also referred to as the ‘normal’ expectation.

WHERE ARE THE OTHER TOP RANKINGS?

Pronamics is in a position to notice economic trends by keeping our finger on the pulse of Australia’s large scale project sectors, such as infrastructure and heavy construction. Ben Townsley, Managing Director of Pronamics with over 20 years-experience in the company, offered a positive yet balanced perspective on the report’s findings:

“This is a time for Tasmanian companies to take advantage of their local economic strengths, to expand and do more as they ride this wave of economic growth.”

“While all states and territories are performing well thanks to government support of construction, diversifying project locations to spread risk and capitalise on opportunity needs to be balanced with careful risk assessment and a long-term perspective, especially as the pandemic drags on.”

“COVID lockdowns across the country are a significant unknown factor that limit how accurately people can predict the economy. Remember, the government is not a bottomless pit of money and the current significant infrastructure spending will slow down in the future. Companies need to be prepared for that.”

“If construction companies want to survive the next decade, they will need clear information and perspective to plan for and play a long-term game. This report is a snapshot of the last quarter for each State. The data is very insightful. I think it’s primarily an opportunity for Tasmanian companies to do more rather than a call for mainland companies to jump Bass Strait and overcrowd the “best performing” state. If that happened, I believe more companies would struggle.”

“The logistical challenges of juggling COVID restrictions, supply chains, and border closures with implementing large scale infrastructure projects will continue for quite some time.”

“Sustained growth in Tasmania helps build overall confidence in continued development, which affects other industry sectors such as small business and tourism, for example. Companies beyond infrastructure and construction will now be more inclined to explore possibilities for investing and doing business in Tasmania. The data suggests this trend is happening.”

“The CommSec report has positive strengths for each state that companies can focus on to find opportunities. Let’s acknowledge the economic development ‘winners’, but also see each state’s strengths and weaknesses, and especially notice the economic tide is rising for all Australian states, which is a good thing.”

“Identifying the economy to challenge Tasmania for top position is not easy. Much will depend on Covid-19 case numbers and vaccine rates… [This holds] the key to restoring a sense of ‘normality’ and reducing both uncertainty and volatility.”

What is Your Perspective?

What do you think the future holds for Tasmania and the rest of Australia? What does the CommSec State of the States July 2021 report mean for your business?

Email us your thoughts to marketing@pronamics.com.au 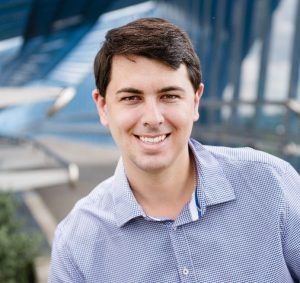 Ben Townsley is the Managing Director of Pronamics Pty Ltd. With over 20 years of experience building estimating and project management software for the civil and construction industry, Ben has a keen understanding of Australia’s economic trends.

The recent upheaval of COVID-19 has renewed Pronamics’ determination to provide the best 24/7 support to all of our clients. Pronamics founder, Glen Townsley, was a pioneer of estimating software in Australian infrastructure and mining 30 years ago. The next generation continues to uphold the values of integrity and professionalism while developing leading software and services for the industry.